Where Are the World’s Tallest and Shortest People? 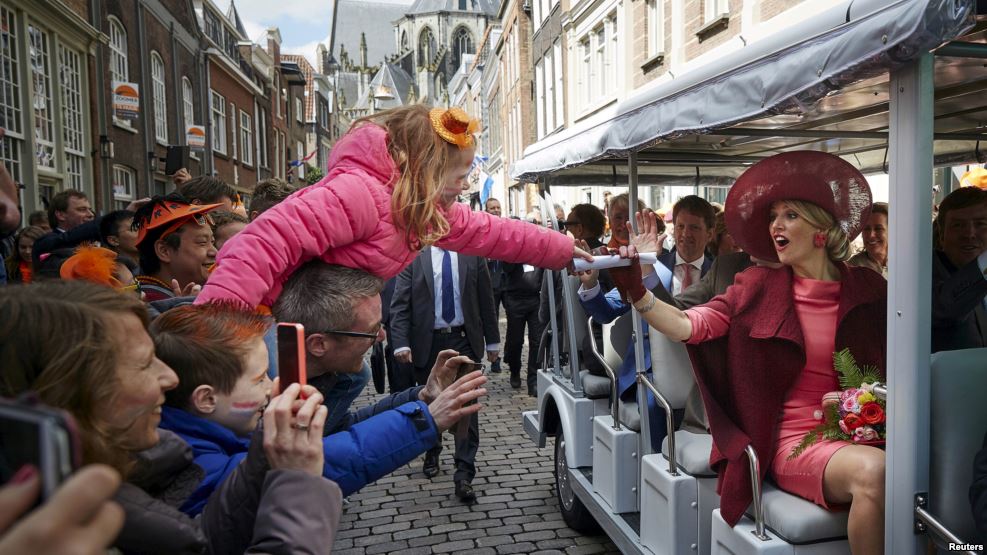 The tallest men in the world are Dutch, while the tallest women come from Latvia.

That finding comes from a new British study. It also found that East Timor is home to some of the shortest men on our planet, while the shortest women are in Guatemala.

Scientists from Imperial College of London studied height measurements for young adults over the past century. The scientists found that between 1914 and 2014, people in some countries have grown taller while average height shrank in other areas.

The question to ask is, why?

Philip Wilkens is from Amsterdam, the largest city in The Netherlands. He thinks diet and exercise might explain, in part, why Dutch men are so tall.

He might have a point. Scientists agree that sport has something to do with how tall a person is.

Silvija Umbrasko is from Riga Stradins University in Latvia.

She says that the height of women can be increased by playing sports and through exercises. She adds that sports such as basketball, volleyball and even handball help a young person grow “because of the stretching exercises that are used.”

Experts agree that physical activity is important for physical growth. Other studies have explored possible links between a lack of emotional attention and physical growth. But scientists also add that growth depends mostly on diet and environmental and genetic factors.

Sanda is a tall woman from Latvia’s capital, Riga.

She says, “I’m so used to my height that I don’t pay attention to it. However, I’ve heard that guys like tall girls; so it is a good thing.”

In 2014, the top 10 tallest nations for men and women were mainly in Europe. Many scientists believe that people in Europe have grown taller in recent years because of improved nutrition.

However, the average height in many African and Middle Eastern nations has declined since 1914. In East Timor, the average man is 160 centimeters tall. Many people also are short in Yemen, Laos, Madagascar and a number of Asian and African countries.

The British scientists say that the United States reached a plateau in growth about 20 years ago. In other words, the average of height of young adults has changed little during that period.

But really, who cares? Is there a good reason for being tall?

According to some earlier studies, the answer could be, yes.

For example, one study explored the relationship between a person’s height and their future earnings. American researchers led this investigation. They found that “taller workers receive a notable wage or earnings premium in developing economies.” Their findings were reported in the Journal of Human Capital.

Zlatica Hoke wrote this story for VOANews.com. Anna Matteo adapted it for Learning English. The editor was George Grow.

Words in This Story

genetic – adj. of, relating to, or involving genes

plateau – n. a period when something does not increase or advance any further

notable – adj. unusual and worth noticing